Developing a new website and booking system for a ski lodge

Puketoi Mountain Club is a Wairarapa based club, which was formed in 1951. The club’s hut is in Tennant’s Valley, Whakapapa Ski Area, Mt Ruapehu.

Michael Birch (a member of the club) was elected on to the committee with the role of web designer and developer. It was decided to spread the development workload by introducing features in stages rather than all at once. This also meant that it was an easier transition for both members and the booking officer.

A sub-committee worked together to plan the structure of the website and the content. After a consultation period with fellow committee members, the website was developed to provide a range of information about the club, the hut, news and events. A booking system was developed which included:

The availability calendar made it easier for members to plan their bookings and had the added benefit of improving hut occupancy. The first stage went live in early July 2017, in time for the ski season. The website remained the same for the 2018 season, giving time for members to get used to the new system.

The second stage went live in mid-May 2019. The membership database was integrated into the website and used to create website accounts. This meant that bookings could be restricted to members who were logged-in to their account. All the members were notified by email so that they could login and make bookings. The new system made it easier to book — members no longer had to enter all their own details every time they booked.

Some new content was added to the website that could only be viewed by logged-in users. This included a logbook — an online version of the physical hut logbook.

A Samsung tablet was installed at the hut to display the names of people booked in for each day. This also includes the names of the hut officer and fire warden and any messages that the booking officer had added.

A club member designed a badge in the early 1950s, which was also used on signage and paperwork.

A digital logo was developed that was based on an old sign at the club’s hut. 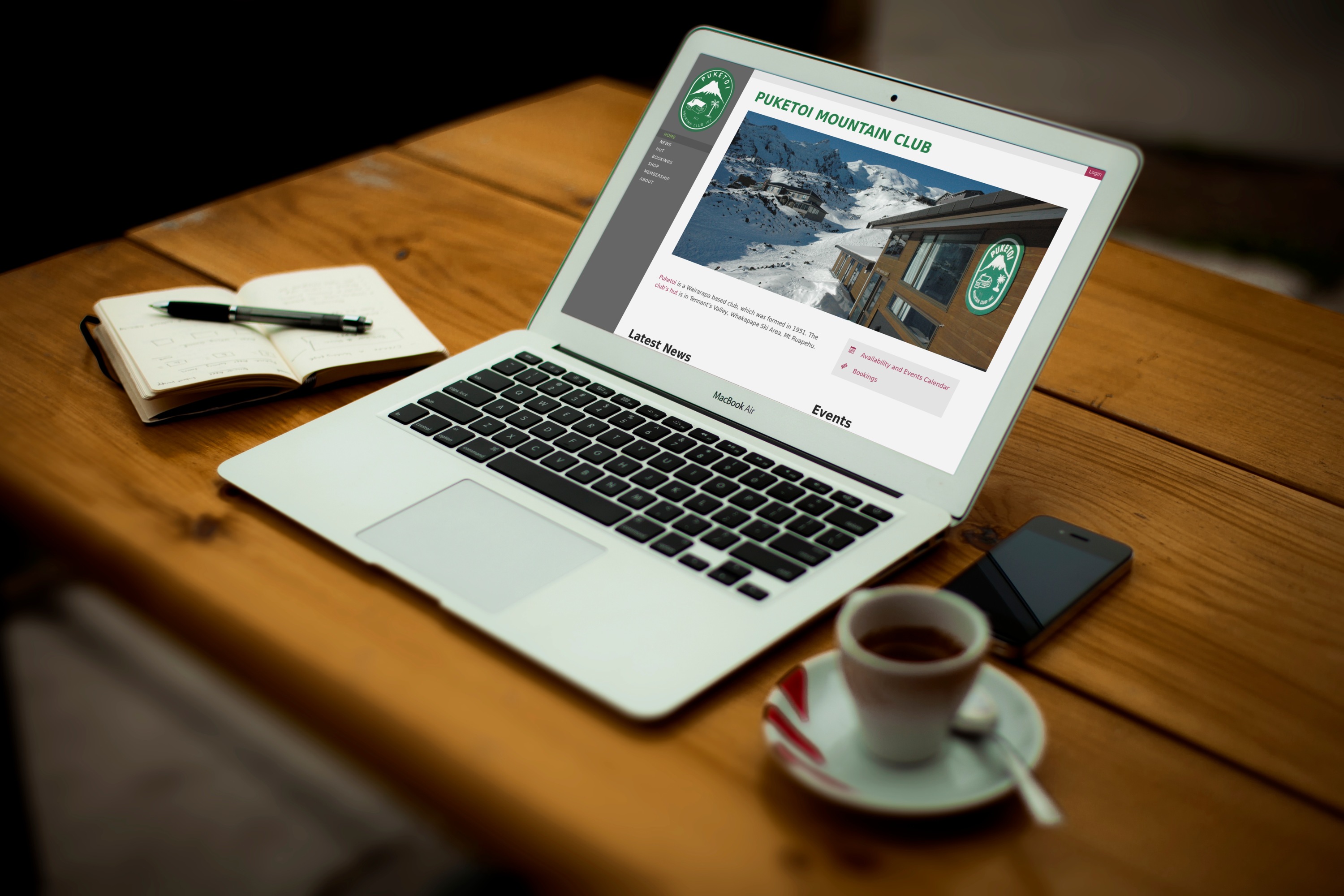 At present a list of members is managed in MYOB, which is independent of the membership list in the website database. The membership officer updates membership details in MYOB as necessary.

The club is moving from MYOB to Xero for accounting. Xero will have members as contacts and instead of these being updated manually, they will be synced with the website database. This means that when members update their contact details on the website, Xero will use these updated details to send invoices.